The Pressures of Business & Alcohol

This is an edited transcript of a conversation between Hello Sunday Morning and Luke Bayliss, CEO and Founder of Sumo Salads, a $90 million fully Australian-owned business. Luke discusses the pressures of creating a new business from scratch and how he has learned to radically change his relationship with alcohol. 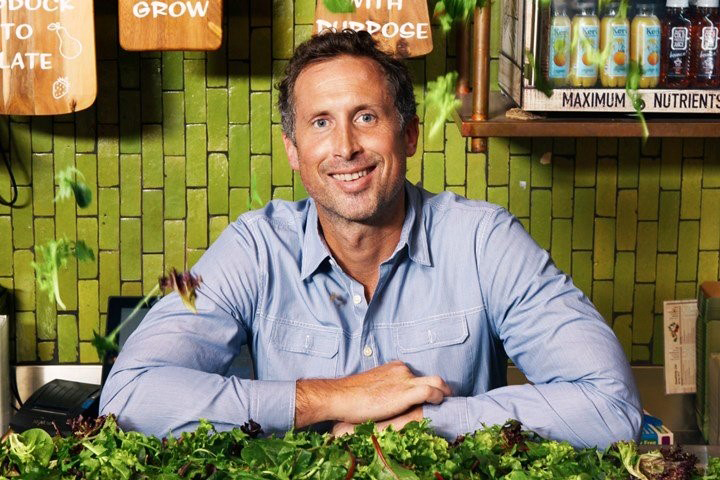 I was a young expat living in Chicago between the ages of 23 and 26. I was drinking a lot and living a very unhealthy and indulgent lifestyle. When I came back to Australia I’d put on almost 50 kilograms and a lot of my friends didn’t recognise me. I guess the penny dropped for me when I got home and I was trying to shed a bit of weight. I was cycling up this hill, puffing and panting like I was about to pass out, and a 70-year-old grandma just pedalled straight past me and absolutely smoked me. And I thought, ‘this isn’t just in my head, this is really bad – I have the biological age of a 75-year-old!’

So I thought, ‘I gotta get my act together’. The Australian lifestyle is friends and barbecues, and I was always a binge drinker. I wouldn’t drink every day, but when I’d go out, I’d drink more than a few weeks’ worth of alcohol in one sitting. And that was my relationship with alcohol.

So, off the back of that I started changing my lifestyle and being a little bit more conscious of what I was putting into my body. By no means was I perfect, but I started to eat a little bit better. I started to exercise more, and I started to drink less frequently and to moderate it. I was working in a well-paid but un-challenging and uninspiring job, but when I started to change my personal habits, I began to notice that there was a massive hole in the market for healthier foods.

This is going back 17 years, to very different markets and very different mindsets. Wellness is everywhere now but back then you couldn’t find healthy foods in any of the mainstream locations. And there was a huge under-supply for people who were trying to be health conscious. So I said, ‘Why don’t I just create it?’ I’d seen some of the little salad bars and concepts in America and I thought, well, Australia’s got the best produce in the world and we’ve got a great foodie culture, so why don’t we leverage and showcase what Australia has to offer?

So we put all these options in front of the customer and let them personalise their own salads and food. And off the back of that, Sumo Salad was created. We wanted to make sure that we were giving something substantial and a very tasty meal, and not just focusing around health itself. We wanted to make sure health could be an indulgence, not a compromise, and we’ve built a $90 million-a-year business around that idea.

And the thing is, as an entrepreneur you’re building the plane while you’re flying it, so you don’t know the answers to all these questions. You’re just like everyone else, going with your best guess and hoping to hell that you don’t blow the thing up. You’re trying to do all this, and everyone looks to you and relies on you and has this expectation that what you do will be right all the time. And their livelihoods depend on the decisions that you might make. It’s an enormous amount of pressure and it takes its toll. If you don’t have the right tools to manage that stress, you can blow-up mentally.

I think every entrepreneur has a story where their business is about to blow out and they’ve just pulled it together by the skin, but you don’t hear a lot of those stories publicly.

There are different ways of coping with the pressure. The good ways include exercise, meditation, talking to people, learning from other people. The bad ways include drinking and drugs. I’m not perfect and I made mistakes. When you’re under extreme pressure and you’re out and start drinking, it’s like adding fuel to the fire. I didn’t just want a nice glass of wine, I tackled it like I was searching for release. I’ve always been a bit of an extremist, so I didn’t have one glass, I’d have 100. I’d let the pressure and stress build up and then I’d go out for a drink, and next thing you know, the explosions occurred. So, that was my relationship with alcohol.

I stopped over two years ago now, completely, but I guess I have been changing my relationship with alcohol where I was managing stress in a different way and that explosion wasn’t occurring.

It took maybe eight years for me to go through the full transition to not drinking at all. A lot of it was around ownership of what I was doing and the responsibilities I had, and becoming more aware of the consequences of what I was doing. I began to manage my stress through meditation and mindfulness and trying to find different ways to exercise. You start to change as a person and you evolve, and you don’t have the same link to alcohol or other vices that you did previously.

You have to be aware of how you respond to certain things. And when you do that, then you can fix the problem. If you are living in denial and not identifying it as a problem, then you don’t change. I looked to do several different things and try different things, and I learnt what worked for me and what didn’t. It’s not one thing that fixes everything – it’s a combination of everything.

I didn’t originally intend to quit alcohol. What I did intend to do was have a break and just try a different approach. I originally only decided to say that I was going to stop drinking for a month and see how I go. And then I got to the end of the month and I thought that was actually really good. I got a shit-load done and I was really happy with how I was feeling, and I thought, ‘I’ll just extend that on for three months.’ Then I got to three months and I said, ‘This is really good. I’m really enjoying it at the moment. I’m just gonna keep going a little bit longer.’ And then six months, and then a year, and now two years. And so my suggestion is, just start with small steps and just be aware of some of the benefits and how you change and evolve as a person. Because you’ll enjoy that feeling and those behaviours. Then just take another small step. And another small step, and don’t think of it as a permanency, just think of it as what’s right for now. That takes a little bit of pressure off. And so I haven’t had a single drop of alcohol for over two years. I’m not saying that’s going to be forever, but it’s something at this stage in my life that’s the right decision for me.

Not drinking, for me? I sleep better. I don’t go out and have those nights where I do stupid things. I’m able to exercise every day and I can eat a lot healthier because I regulate my sleep much better when I’m not drinking. By not drinking, it lets the good, productive behaviour germinate more efficiently. Because when I do drink it throws that whole routine out the window, and I’ll be all day on catch-up.

When you stop drinking, I think some people’s perception is that you’re boring and you’re no fun, and there’s probably a little bit of truth to that. I think when you’re drinking you just don’t have any inhibitions. You say what’s on your mind regardless of the consequences and you can crack jokes that may be appropriate or not, but you just say it anyway. Whereas when you’re not drinking, you’re conscious of the things you’re doing, your actions, your words. I guess some people see that as a bit guarded and that’s not the case if you are honest with the way you communicate and act. But I think there is that perception and a lot of people drink because of that fear that they’re going to be boring and they’re not going to have fun with their nights. I think that’s built into the Aussie psyche to a certain degree.

We still have staff drinks and do all that sort of stuff all the time. But instead of making a thing of being last to leave, I’m now the first. I don’t try to enforce my decisions on other staff members, but I think when you’re drinking it enables other people to replicate that type of behaviour without as much consequence or accountability. So now I think people are a little bit more conscious that they can’t go out and act inappropriately or do things and blame alcohol, because it’s just not accepted within our company culture anymore.

I think it’s critical that leaders acknowledge that degree of influence that they have in the broader business community and take the first step and lead by example and show that workplace culture doesn’t need to be fuelled by alcohol. It can be fuelled by really solid, good behaviours that have a positive effect on the workplace or the broader community.

What do you think about how alcohol affects our business lives? We’d love to know – leave a comment below!

Thanks for the honesty and share – your comments about health and productivity resonated the most with me. I’m 50 now and I have things to do…. so I don’t want alcohol slowing me down for the rest of my life!

I have my own business, and on the nights I drink alcohol I get almost nothing done the next morning. This means more stress as I get behind and then I feel worried and “need” a drink, and so the downward spiral begins. ATM I am doing 4 alcohol days in a row, and working up from there. I really want to stop drinking, but I have a voice inside me that says I’ll be missing out. It’s going to take a while to kill that little voice off.

What a brilliant blog, thank you so much and at the perfect time 🙂 Keep smiling

I really enjoyed this blog. It’s great that successful and influential people can be honest about their relationship with alcohol. It certainly did a lot of damage in my business and personal life. Not drinking I’m not at all boring. I laugh more and have so much fun. Sober people are great to be around.

your story has meant a lot to me. thankyou

Thoroughly great article. Really enjoyed the insights and generaly just an awesome story. Legend. Related to a lot of it, in particular the giving up the booze part. For me, the further away from my last drink I got, the bigger buzz I would get from feeling good and crushing the day. People I reckon think when giving up booze about all the things they’ll be missing our on but in my experience anyway it’s far more about all the great stuff you get in return.

Thank you for being so candid and real, for saying what others won’t and for sharing your story! LOVE IT!!! Legend indeed. You hit the mail on the head with the ” A huge amount of pressure and stress gets put on an entrepreneur during that phase.
And the thing is, as an entrepreneur you’re building the plane while you’re flying it, so you don’t know the answers to all these questions. You’re just like everyone else, going with your best guess and hoping to hell that you don’t blow the thing up. “ 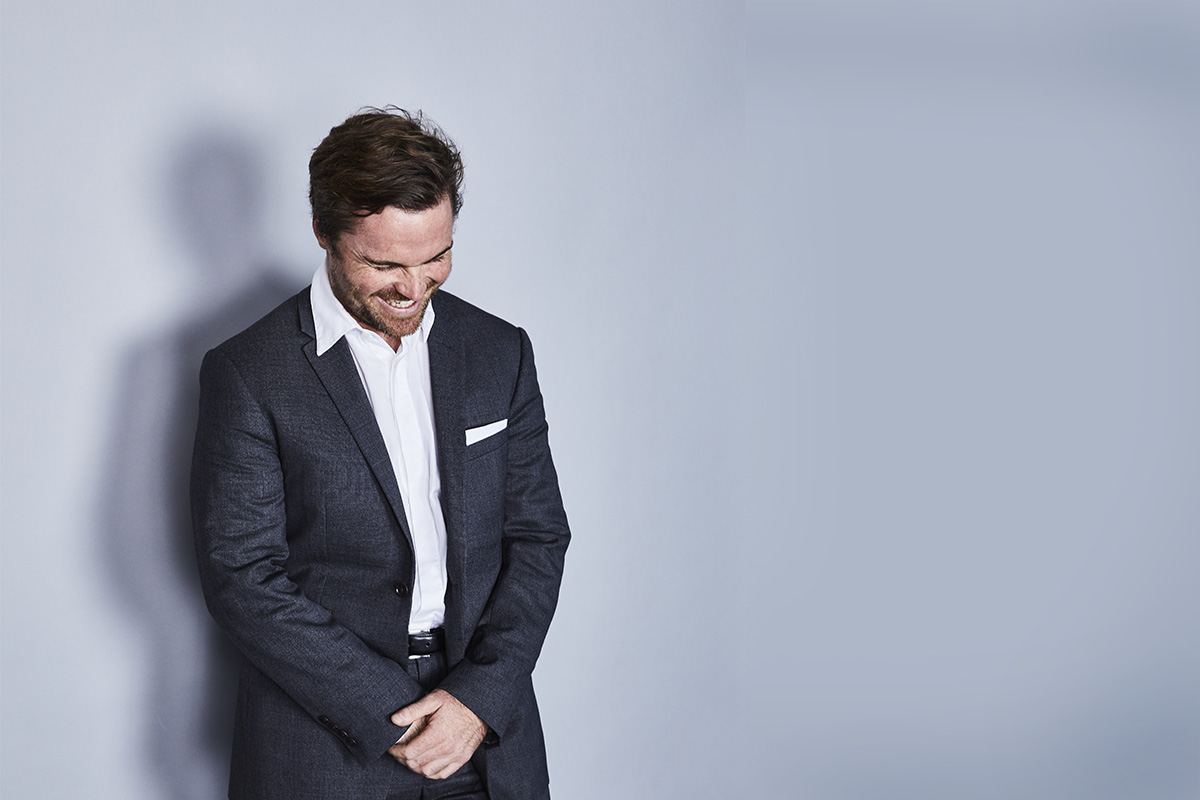 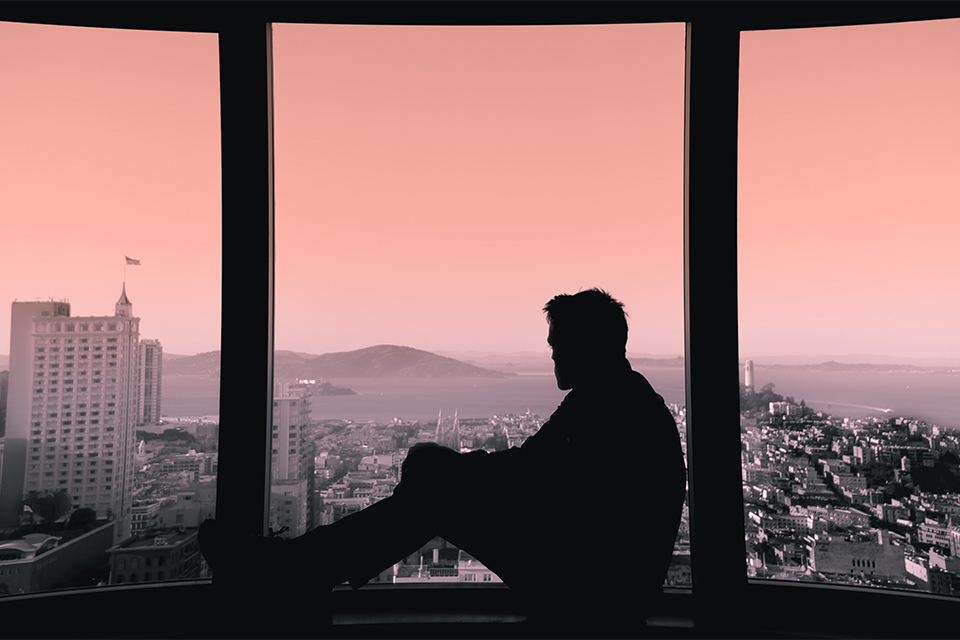